Mahilia Brewster is island manager at Mental Health Caribbean since November 1, 2021. Before this she worked as the Nursing Director of the psychiatric hospital in Suriname. 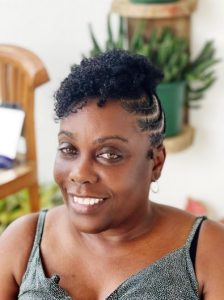 Jacco Vaders (1973) started his career in psychiatry in the 1990s. First, as a psychiatric nurse and shortly thereafter as a community psychiatric nurse. Jacco has been living in the Caribbean since 2010. After working with our chain partner ‘the Mental Health Foundation’ on Sint Maarten for three years, Jacco started working at Mental Health Caribbean since 2013. Initially, he used to work as a senior community psychiatric nurse on Saba for three years, and more recently has been a team leader in child psychiatry on Bonaire. Jacco is the island manager for both Sint Eustatius and Saba since July 2017.

Jacco can be reached by email at jacco.vaders@mentalhealthcaribbean.com or by telephone on (+599) 796101.